THE GLASS OF WEBB CORBETT

The Webb Corbett glass that I have is either Art Deco or Post Modern or some melange of those styles. If I were to be brutal I would say a lot of their work is not remarkable and is the standard cut glass fare you frequently see, however, they did step out of that commercial comfort zone and did produce some interesting designs. You do need an eagle eye to find them though. I try to find those pieces.

I have found no books on Webb Corbett glass, but a lot of their work is marked, you just need to look very hard at the base of decanters etc. to find those marks.

I have sufficient Webb Corbett glass to have a section on decanters and on tableware. 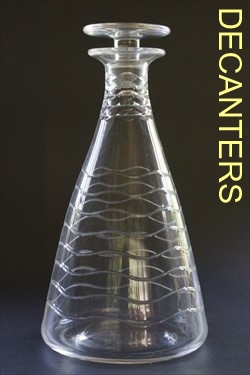 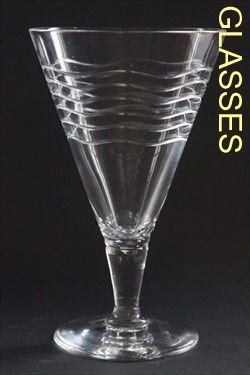 ę 2015 AND BEYOND COPYRIGHT RETAINED ON ALL TEXT AND IMAGES ON THIS SITE.